The coronavirus is like sin: we all have it, but redemption is at hand 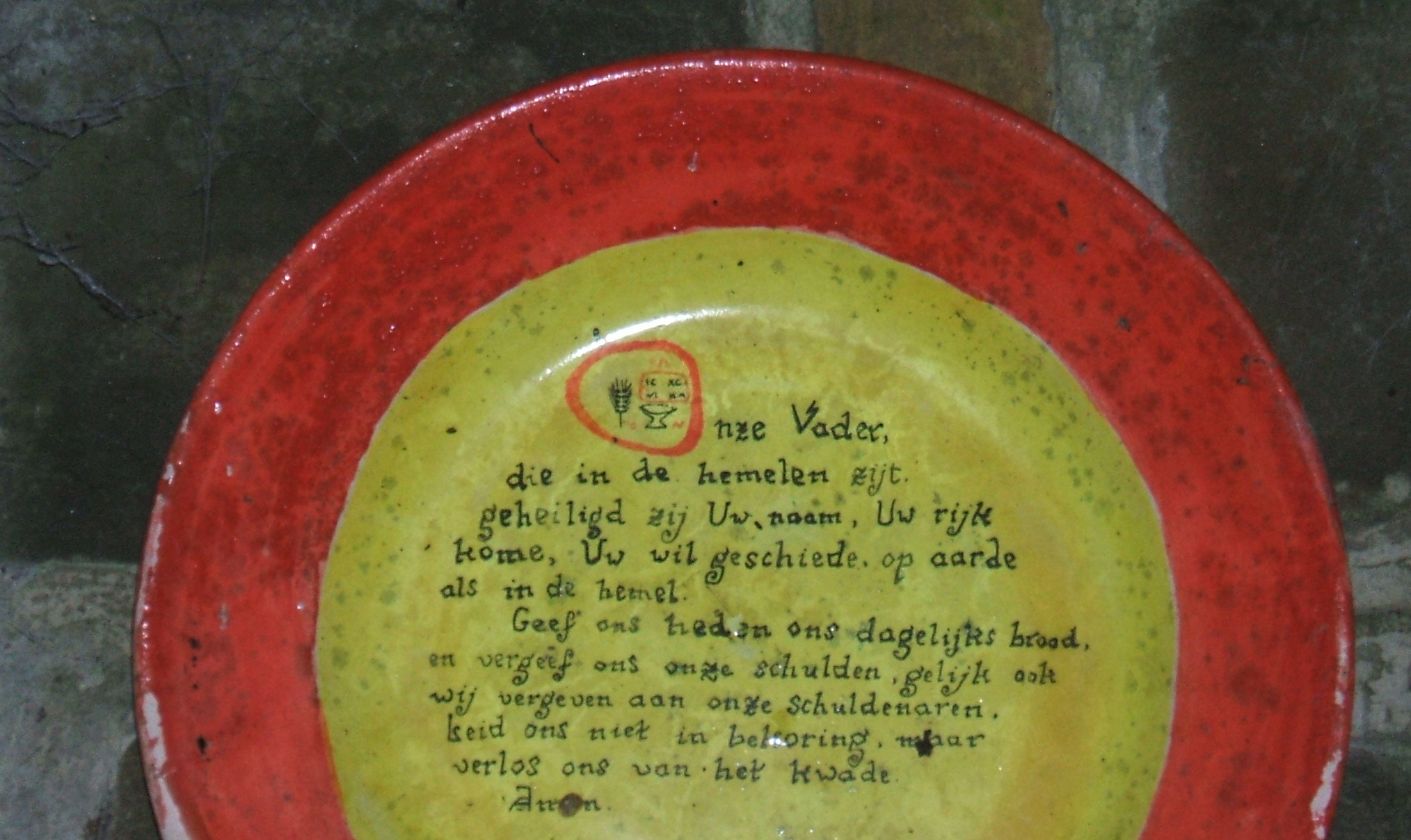 "Our Father, Who art in heaven! Hallowed be Thy Name. Thy kingdom come. Thy will be done, in earth as it is in heaven. Give us this day our daily bread. And forgive us our debts, as we forgive those who trespass against us. And lead us not into temptation, but deliver us from evil. For thine is the kingdom, and the power, and the glory, for ever and ever, amen."

If you have some historical knowledge and have ever seen the inside of a church, the above text should be familiar to you. In most churches, it was a mantra spoken by churchgoers together with the pastor.

Now, churches are generally not that popular anymore, so for most readers this will not be of much interest. Still, I encourage you to explore the comparison.

If you wanted to enter that kingdom of God as a human being, you first had to inherit eternal life. That was only possible if you were without sin. Unfortunately, you and I have been born with sin since Adam and Eve, because Eve took a bite of the forbidden fruit from the tree of knowledge. Since then, we have inherited sin in our DNA. Therefore, we had to ask for forgiveness of our debts over and over again, and hence this mantra was repeated over and over again in the churches.

Actually, this was somewhat unnecessary and mainly intended to validate that guilt. In fact, the churches preached that our sins were already forgiven thanks to the crucifixion of Jesus two thousand years ago. In fact, God sent his own son into this world to settle the final discharge as a completely sinless and pure man. He did this by dying on the cross for us and rising again from the dead three days later.

For two thousand years, many have embraced this bizarre idea and believed that if only you "repent," your original sin is cleansed and you are ready to go to heaven. Indeed, we could then even become partakers of the Kingdom of God and reign with Him (when the new heavens and new earth would be created). This would be preceded by a series of events and it would not be without its ups and downs, but it was a wonderful prospect!

With that prospect ahead and with that forgiveness of sin, in most cases you were not there yet. You did have to come to church and pay your taxes.

The beautiful thing was that our savior Jesus himself said the same thing: "Give to the emperor what is emperor's." An important follower (disciple) of Jesus named Peter (who doesn't know him) then said, "Fear God, honor the emperor." That should be somewhat thought-provoking.

We can argue at length about possible misuse of history surrounding the figure of Jesus, and it may be that the church has hijacked and deformed the faith, as it were, but for now I will just point out to you the principle of sin and the power it gave to the church.

If you wanted eternal life, you could come to church and confess your debts every week, and then drink the blood of Jesus (in the form of a sip of red wine) and eat the body of Jesus (by way of a piece of bread or host). Of course, this was not completely free of charge, because either you had to become a member - because a church requires a beautiful building (for your own feeling and safety) - or you had to fill the collection bag before leaving the church, completely voluntarily.

In this case, it is not a hereditary invisible enemy (which means you already have at birth). No, in this case it is a contagious invisible enemy. So we can infect each other with this latest sin! That's line soup, but it all works just a little more complex than that other invisible enemy ("sin").

Sin you already had at birth. The coronavirus you have (according to the story line) via infection. This provides an additional dimension, because if you already have sin by nature, it is still your own choice whether or not to repent and whether or not to go to heaven (instead of hell). That still kept such conversion - however you look at it - somewhat voluntary. During the Crusades, it was all a little less voluntary, but good riddance to them.

With the new invisible enemy, you can pose a danger to others; at least that is the idea behind it. That makes it possible that you could force people to repent and accept the new salvation. We are therefore on the eve of the next crusades; also called raids. Salvation, however, is at hand!

In my book, I explain in detail why the vaccine will help us merge with AI and transform our bodies. I also explain how a new heaven and new earth will be created. That may sound far-fetched, but once you see how all the big tech companies are investing billions in transhumanizing humans and bringing our brains online, you may also understand Bill Gates' role in this corona crisis a little better. Man is to be transformed into an online controllable bio-computer and you can guess who will provide the operating system.

In my book I explain what the end goal is and why religion and the transhumanization of humanity are of the same cloth. The Italian doctor below is trying to warn his fellow man. Are you participating?

Unfortunately, the masses will probably accept the newest sin as easily as that old hereditary sin and will embrace salvation this time too. Anyone who will not repent is henceforth a dangerous unbeliever and must be burned at the stake or will be put in an encampment. Read my book and share it with as many people as you can while you still can! Thou heretic!

Tales of Power Login to Reply

The crowd is getting smaller and smaller. I see it around me, more and more people are speaking out. And well, should things go badly wrong. I will walk with my chin up and my chest out towards the stake.

Thank you for all your awareness raising articles. It would be nice for you to check out this website of pastor G.P.P. Viscount. http://www.derokendevlaswiek.com
This pastor preached a sermon last month titled:
THE OFFERED SALVATION OF GLOBALISTS (read vaccine) REJECTED BY GOD'S TRUE PEOPLE AND KNECHTS. in reference to what you can read in the Bible: Hebrews 11:35: The women have recovered their dead from the resurrection; and others have been stretched, not accepting the offered salvation, that they might obtain a better resurrection.

God does exist and all these things center on the battle between Jesus Christ and Satan (/ antichrist - the papacy). But Christ will prevail hear! Unfortunately the western churches are kissing the feet of the globalists. Do some reading up I would say and feel free to email him evt. That man can tell what God is for an evil man!

Before you refer me to a preacher who can get me back on the straight path of faith I recommend reading my book carefully. I also recommend it to the preacher mentioned. Really please do!

Thank you for your response! No man can never do that, must do God. But I will order your book right away and read it ASAP. I assume you mean the book: Reality as we perceive it?

You're welcome.
I would just order the last book,

What is Truth...how would we know what truth is? It or She or He resonates with my mind, a creature need not and cannot explain that to me, for it cannot...but I bought your first book and gave it to another as a gift and read your last book as well

- physicians have taken the place of priests;
- vaccination plays the same initiatory role as baptism, and is accompanied by the same threats and fears;
- the search for health has replaced the quest for salvation;
- the fight against disease has replaced the fight against sin;
- eradication of viruses has taken the place of exorcising demons;
- the hope of physical immortality (cloning, genetic engineering) has been substituted for the hope of eternal life;
- pills have replaced the sacrament of bread and wine;
- donations to cancer research take precedence over donations to the church;
- a hypothetical universal vaccine could save humanity from all its illnesses, as the Saviour has saved the world from all its sins;
- the medical power has become the government's ally, as was the Catholic Church in the past;
- "charlatans" are persecuted today as "heretics" were yesterday;
- dogmatism rules out promising alternative medical theories;
- the same absence of individual responsibility is now found in medicine, as previously in the Christian religion;
- patients are alienated from their bodies, as sinners used to be from their souls.

Money is the salvation for most

4700,- Euro if you have the Vaccination squeezed into your veins, some can then pay off their incurred
debts

There is only 1 consciousness. This consciousness is there and has no right or wrong. It is the 1% that abuses this consciousness to maintain its power and control. We as creators can turn the tide by not focusing outward but rather inward. So no more television etc. etc. Massively as humans not wearing mouth caps, massively refusing to keep 1.5 meters distance. If the government had our best interests at heart, we would have come up with healthy measures. A government is only one step in the pyramid. It is about the 1% who work behind the scenes, this little club thinks they have the right that the planet is theirs and the rest will be like slaves to them. That is not what the Divine made life for. Life is meant to be lived in joy. To experience the Divine because there is only 1 consciousness.

This website uses cookies to enhance your experience as you navigate the website. Of these cookies, those categorized as necessary are stored in your browser because they are essential to the operation of basic website functionality. We also use third-party cookies that help us analyze and understand how you use this website. These cookies are stored in your browser only with your permission. You also have the option to opt out of these cookies. However, if you opt out of some of these cookies, it may affect your browsing experience.
Necessary Always enabled
Necessary cookies are absolutely essential for the website to function properly. This category only includes cookies that ensures basic functionalities and security features of the website. These cookies do not store any personal information.
Functional
Functional cookies help to perform certain functionalities like sharing the content of the website on social media platforms, collect feedbacks, and other third-party features.
Performance
Performance cookies are used to understand and analyze the key performance indexes of the website which helps in delivering a better user experience for the visitors.
Analytics
Analytical cookies are used to understand how visitors interact with the website. These cookies help provide information on metrics the number of visitors, bounce rate, traffic source, etc.
Advertisement
Advertising cookies are used to provide visitors with relevant advertisements and marketing campaigns. These cookies track visitors across websites and collect information to provide customized advertisements.
Others
Other uncategorized cookies are those that are being analyzed and have not been classified into a category as yet.
SAVE &AMP; ACCEPT
Powered by