Yesterday, August 15, 2022, I received an e-mail from the National Association Against Governmental Affairs (NBO) stating that they were taking Sven Hulleman to court. Basically, the message was that Sven Hulleman would be working for the NBO to bring a 5G liability suit against Telecom Providers.

Sven's R.E.D. foundation has received as much money for this as, according to some believers, people will be taken in just before the return of Christ: 144,000, but in euros and not R.E.D.ed by Christ, but taken in for Sven's bank account.

For a long time I have warned about controlled opposition and how they should catch awakenings. Previously, I flagged the nonsense of the 2020 Foundation for Extra-Parliamentary Inquiry Commission(BPOC2020) and showed how the entire alternative media supported this narrative. Now it's hullabaloo at Jordy Zwarts' National Union Against Government Affairs.

Jordy was also pushed by the entire alternative media at the beginning of the corona psychological operation (psyop) in 2020. He appeared before cameras from Café Weltschmertz to Jensen and managed to convince many to sign up for the claim. So that claim would be carried out by Sven (can dick well) Hulleman, but he is mostly silent about it.

Why did I want to mention this to you anyway? Because I tried to warn about it on May 14, 2020(see here) and so through this article I hope to achieve that you won't fall for it next time.

Last week you read an article here in which you could see in about three videos how most alternative media were launched by the mainstream media and how they always promote each other, but ignore or dismiss outsiders(see this article).

So in doing so, they also sometimes promote their own psyops intended to sink the ship full of critical thinkers. The BPOC2020 was such an example and the NBO is now also such an example. In doing so, then, you must especially begin to see that this acted disagreement is so planned in advance. That is the goal of controlled opposition: catch as many followers as possible and then sink the ship.

So don't fall for the next call for donations, because all you are doing is sponging people like Jordy Zwarts and Sven Hulleman. Results will never come. Of course, you can always just keep buying tickets to the lectures and get-togethers for a meet-and-greet with the ladies and gentlemen judas goats.

Yes, I had subscribed myself to NBO's mailing list and have been receiving emails for years. Herewith the proof of receipt.

R.E.D. foundation stands for Residual Debt Fair Share Foundation, so the case has been officially filed (see link to subpoena), but will be settled: everyone's half (and donors think the argument is real).

His contract had expired I think. I followed him for a long time, but when he came up with that water condition I dropped out.

Sven's friends: (Sven's name and the name Mark Rutte are left out, but Sven is on the left in the photo and Mark can be found here)

Jort Kelder's club of friends meets annually at Kelders country house on Terschelling. The "Texiteers" they call themselves. Prominent members: Thierry Baudet, Joost Eerdmans and suit king Fokke de Jong of Suitsupply. In 2018, the company will travel by private jet to the castle of businessman Paul Veenhuijzen in Scotland. Dressed in "operetta suits"-said Jort on Jinek-the friends debate science and society. 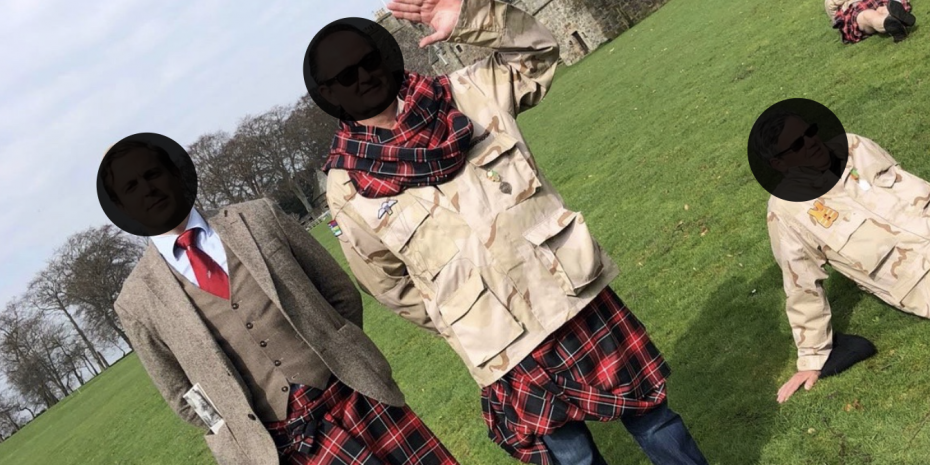 Martin, can you easily put the video somewhere on the site so that it is easy to share with others and link on sites like FTM, for example.

you must be fucking joking https://www.telegraaf.nl/financieel/1235968418/economie-groeit-met-liefst-2-6-recessie-zit-vooral-tussen-de-oren

the above is probably the negative volumes corrected with the hyperinflate

January with the final bills for energy consumption will mean the neck shot for many families.

Hahaha great: nothing wrong, things are going incredibly well!
Well, the Inoffizielle Mitarbeiter and Ukrainians with Universal Basic Income (plus benefits from the Dutch state and free housing) do spend.

can we create a message board where we can post daily the nonsense we read in the MSM? Such an overview could help give the reading along visitors an overview of the nonsense/lies read daily

That message board would immediately be filled with deliberate nonsense by state trolls and AI bots...that has been the problem for several years.

This website uses cookies to enhance your experience as you navigate the website. Of these cookies, those categorized as necessary are stored in your browser because they are essential to the operation of basic website functionality. We also use third-party cookies that help us analyze and understand how you use this website. These cookies are stored in your browser only with your permission. You also have the option to opt out of these cookies. However, if you opt out of some of these cookies, it may affect your browsing experience.
Necessary Always enabled
Necessary cookies are absolutely essential for the website to function properly. This category only includes cookies that ensures basic functionalities and security features of the website. These cookies do not store any personal information.
Functional
Functional cookies help to perform certain functionalities like sharing the content of the website on social media platforms, collect feedbacks, and other third-party features.
Performance
Performance cookies are used to understand and analyze the key performance indexes of the website which helps in delivering a better user experience for the visitors.
Analytics
Analytical cookies are used to understand how visitors interact with the website. These cookies help provide information on metrics the number of visitors, bounce rate, traffic source, etc.
Advertisement
Advertising cookies are used to provide visitors with relevant advertisements and marketing campaigns. These cookies track visitors across websites and collect information to provide customized advertisements.
Others
Other uncategorized cookies are those that are being analyzed and have not been classified into a category as yet.
SAVE &AMP; ACCEPT
Powered by

You're just coming in. Maybe you're new or you've been reading my articles for years.

Do you value what I do?