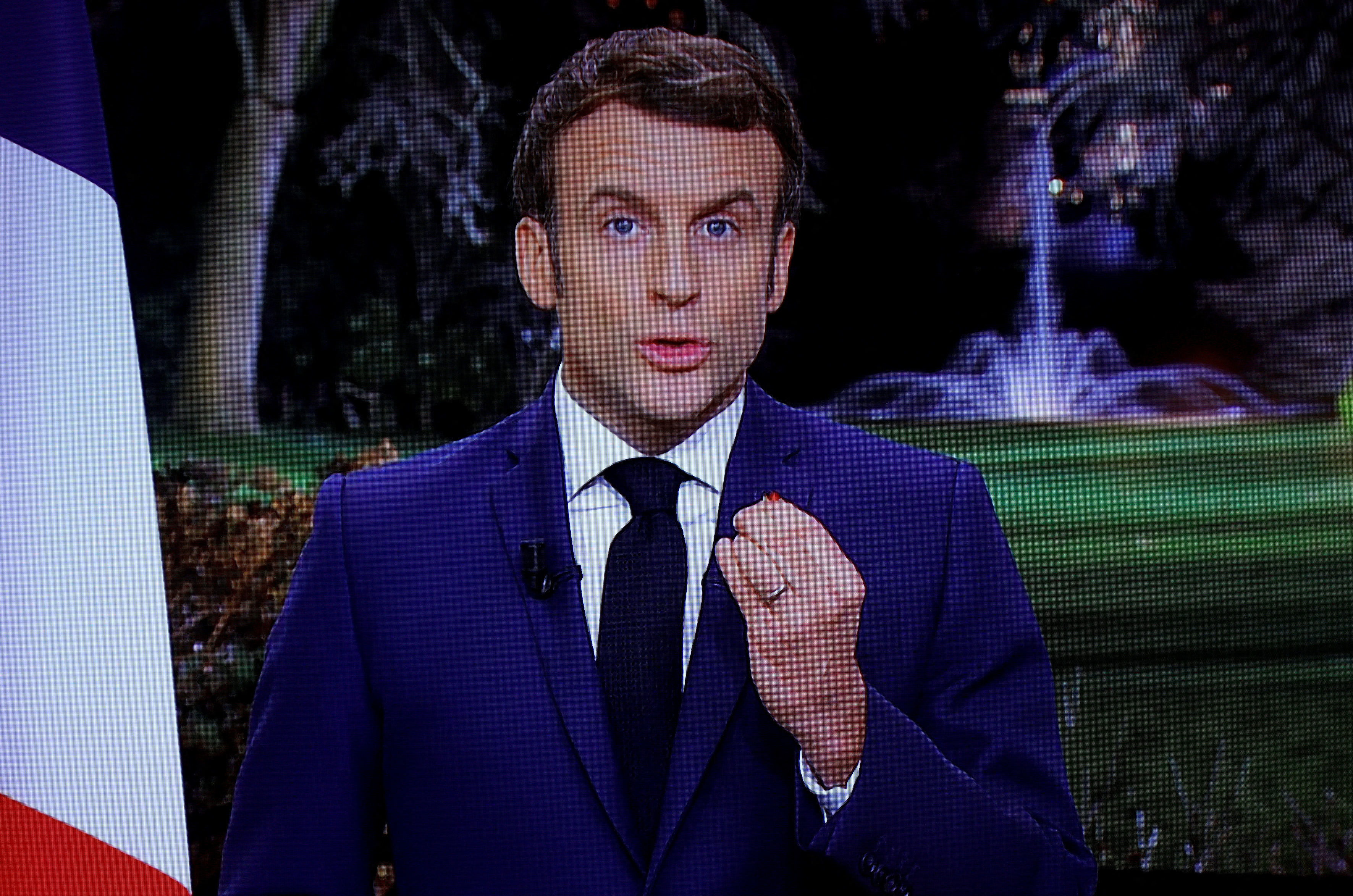 “Walid Shoebat’s Claims – and the Evidence

Walid Shoebat, current a star on the conservative speaking circuit, makes his living by selling the same story that, in the movie, Chicago, earned Roxie Hart her freedom and fortune—that of the “reformed sinner.” Shoebat claims to have once been a Palestinian Liberation Organization terrorist who “participated in acts of terrorism against Israel,” and was imprisoned, “for incitement and violence against Israel.”).

However, according to an investigative piece in the Jerusalem Post, there is no record of the terrorist attacks in which Shoebat claims to have participated. Members of his family expressed surprise when told of Shoebat’s claims of growing up in a culture of violence and religious fundamentalism.

The timing of Shoebat’s alleged conversion to violent extremism raises further doubts about his story. His claim of being radicalized in the 1970s was examined by the New York Times, which concluded it was unlikely he “… could have been steeped in the violent religious ideology that only became prevalent in the late 1980s.”

Shoebat’s organization, the Walid Shoebat Foundation, is not registered as a non-profit in Pennsylvania, as Shoebat claims. All contributions are funneled to a company called Top Executive Media, which has a $500,000-per-year turnover.

Shoebat claims to have returned from imprisonment as a “terrorist” to his “life of violence.” Then after emigrating to the United States, he became a Christian and a darling of the most extreme right wing political factions associated with Israel and evangelical Christianity.

Shoebat is quick to suggest parallels between Islamic fundamentalists and Nazism—and even to hint that the former is worse than the latter, saying in Obsession that, “Secular dogma like Nazism is less dangerous than the Islamo-fascism that we see today .”

Shoebat has publicly referred to Islam as a “satanic cult,” according to the San Francisco Chronicle. He has argued for extreme policies: he associates himself with the political faction in Israel that objects to the creation of a Palestinian state, referring to the West Bank as “Judea and Samaria”; suggests that should Israel retake and populate the Gaza Strip; and that Israel should exile anyone, even a native Israeli, who “questioned Israel’s right to exist. ”

Shoebat has appeared at Christians United for Israel conferences, spoken at college campuses, and been interviewed on CNN, Fox News and the BBC. He has given a presentation to the U.S. Air Force Academy, and has authored or contributed to several books, including Dear Muslim: Let Me Tell You Why I Believed and Israel and the World’s Mock Trial.”

The world is a stage:

“The love that each one of you expresses and shares in every moment is helping to dissolve the illusion right now.”
https://johnsmallman.wordpress.com/2015/10/28/the-love-that-each-one-of-you-expresses-and-shares-in-every-moment-is-helping-to-dissolve-the-illusion-right-now/

Karma is a bitch:

The causes of mass migration are still cleverly concealed by the system, and portrayed as inevitable by multicultural propaganda. … What they want to present as an inevitable and spontaneous phenomenon is actually a deliberate longterm plan to destroy the face of the continent.

One of the main initiators of the process of European integration was the man who designed the genocide plan of the Peoples of Europe. The elite consider him the founder of the European Union. His name is Richard Coudenhove Kalergi. His father was an Austrian diplomat named Heinrich von Coudenhove-Kalergi (with connections to the Byzantine family of the Kallergis) and his mother the Japanese Mitsu Aoyama…

In 1922, he founded the “Pan-European” movement in Vienna, which aimed to create a New World Order based on a federation of nations led by the United States. European integration would be the first step in creating a world government. Among the first supporters, including Czech politicians Tomáš Masaryk and Edvard Beneš and the banker Max Warburg, who invested the first 60,000 marks. The Austrian Chancellor Ignaz Seipel and the next president of Austria, Karl Renner, took the responsibility for leading the “Pan-European” movement. Later, French politicians, such as Léon Blum, Aristide Briand, Alcide De Gasperi, etc joined.

With the rise of Fascism in Europe, the project was put on hold, but after the Second World War, thanks to the support of Winston Churchill, the Jewish Masonic Lodge B’nai B’rith and major newspapers like the New York Times, the plan was accepted by the United States Government. The CIA later undertook the completion of the project.

THE ESSENCE OF THE KALERGI PLAN

In his book «Praktischer Idealismus», Kalergi indicates that the residents of the future “United States of Europe” will not be the People of the Old Continent, but products of miscegenation. He clearly states that the peoples of Europe should interbreed with Asians and colored races, thus creating a multinational flock with no quality and easily controlled by the ruling elite.

Kalergi eliminates nationhood and self determination using ethnic separatist movements and mass migration. In order for Europe to be controlled by an elite, he wants to turn people into one homogeneous mixed breed of Blacks, Whites and Asians. Who is is this elite however? Kalergi is particularly illuminating on this:

The man of the future will be of mixed race. The races and classes of today will gradually disappear due to the elimination of space, time, and prejudice. The Eurasian-negroid race of the future, similar in appearance to the Ancient Egyptians, will replace the diversity of peoples and the diversity of individuals. Instead of destroying European Judaism, Europe, against her will, refined and educated this people, driving them to their future status as a leading nation through this artificial evolutionary process. It’s not surprising that the people that escaped from the Ghetto-Prison, became the spiritual nobility of Europe. Thus, the compassionate care given by Europe created a new breed of aristocrats. This happened when the European feudal aristocracy crashed because of the emancipation of the Jews [due to the actions taken by the French Revolution]

Although no textbook mentions Kalergi, his ideas are the guiding principles of the European Union. The belief that the peoples of Europe should be mixed with Africans and Asians, to destroy our identity and create a single mestizo race, is the basis of all community policies that aim to protect minorities. Not for humanitarian reasons, but because of the directives issued by the ruthless Regime that machinates the greatest genocide in history.

The Coudenhove-Kalergi European Prize is awarded every two years to Europeans who have excelled in promoting this criminal plan. Among those awarded with such a prize are Angela Merkel and Herman Van Rompuy.

The incitement to genocide, is also the basis of the constant appeals of the United Nations, that demands we accept millions of immigrants to address the low birth rates of the EU. According to a report published on January 2000 in «Population division» Review of the United Nations in New York, under the title “Immigration replacement: A solution to declining and aging population,” Europe will need 159,000,000 migrants by 2015.

One wonders how there can estimate immigration with such accuracy if it were not a premeditated plan. It is certain that the low birth rate could easily be reversed with appropriate measures to support families. It is just as clear that it is the contribution of foreign genes do not protect our genetic heritage, but that it enables their disappearance. The sole purpose of these measures is to completely distort our people, to turn them into a group of people without national, historical and cultural cohesion.

In short, the policies of the Kalergi plan was and still is, the basis of official government policies aimed at genocide of the Peoples of Europe, through mass immigration. G. Brock Chisholm, former director of the World Health Organization (OMS), said: “What people in all places have to do is to limit of birthrates and promote mixed marriages (between different races), this aims to create a single race in a world which will be directed by a central authority. ”

If we look around us, the Kalergi plan seems to be fully realized. We face Europe’s fusion with the Third World. The plague of interracial marriage produces each year thousands of young people of mixed race: “The children of Kalergi». Under the dual pressures of misinformation and humanitarian stupefaction, promoted by the MSM, the Europeans are being taught to renounce their origin, to renounce their national,racial an cultural identity.

People who want to blame the immigrants themselves are wrong as well.

Most immigrants would prefer to stay in their country if it was possible to live comfortably, and remember that it was Europeans who colonized the world and not the other way around. That’s not to say that the general population should pay for the sins of the monarchy and aristocracy – as we are with their debt – but perhaps those who are upset with immigration should direct their anger towards those who are exploiting the countries that people are leaving. You really can’t blame people for wanting to leave the difficult situations they are living in, and whatever shunning or hostility you want to give them is nothing compared to the violence and poverty they left back home. “Middle class” in most countries is well below the poverty line in the western world.

“The United Nations becomes for us the answer to world suffering, world darkness and world ignorance. The inner vision of the united nations is the gift supreme. This Vision the world can deny for 10, 20, 30, 40, 100 years”